London housing prices had the biggest fall in April 2018 since 2009, while the UK average price was steady and lenders say the prices are falling in wealthier regions, whereas, the prices are still rising outside the capital. The nationwide rise in price is at the rate of 5 percent a year, at the time of Brexit vote, and this trend is expected to continue in the year 2018.

Reports by Halifax show the prices of house in London between January and March was on an average £430,749, lowest since 2015. But still, the shortage of homes is expected to aid the housing market.

Experts believe the prices show general consumer confidence but it is still rising faster as compared to wages, even when unemployment is reduced. This makes it tricky to get affordable homes for eligible buyers.

The managing director of Halifax, Russell Galley said the growing strength of the labor market where a full-time employee in March increased by 202,000, is supporting housing prices. Buyers waiting for suitable prices are now taking actions as the market meets their expectations.

Regional variations of housing prices in England excluding London show a rise in an overall rise in prices. The highest increase in prices has been registered in North West, East Midlands, and West Midlands regions. The East of England had the highest growth in 2017 -2018 where prices increased by 5.8 percent. The Official figures released by ONS in partnership with the Land Registry show the average price of a home in the UK in March 2018 was £224,144, which was less by approx. £500 as compared to February and £9,000 more than March 2017.

In comparison to London, Liverpool is one of the strongest markets in the UK now. 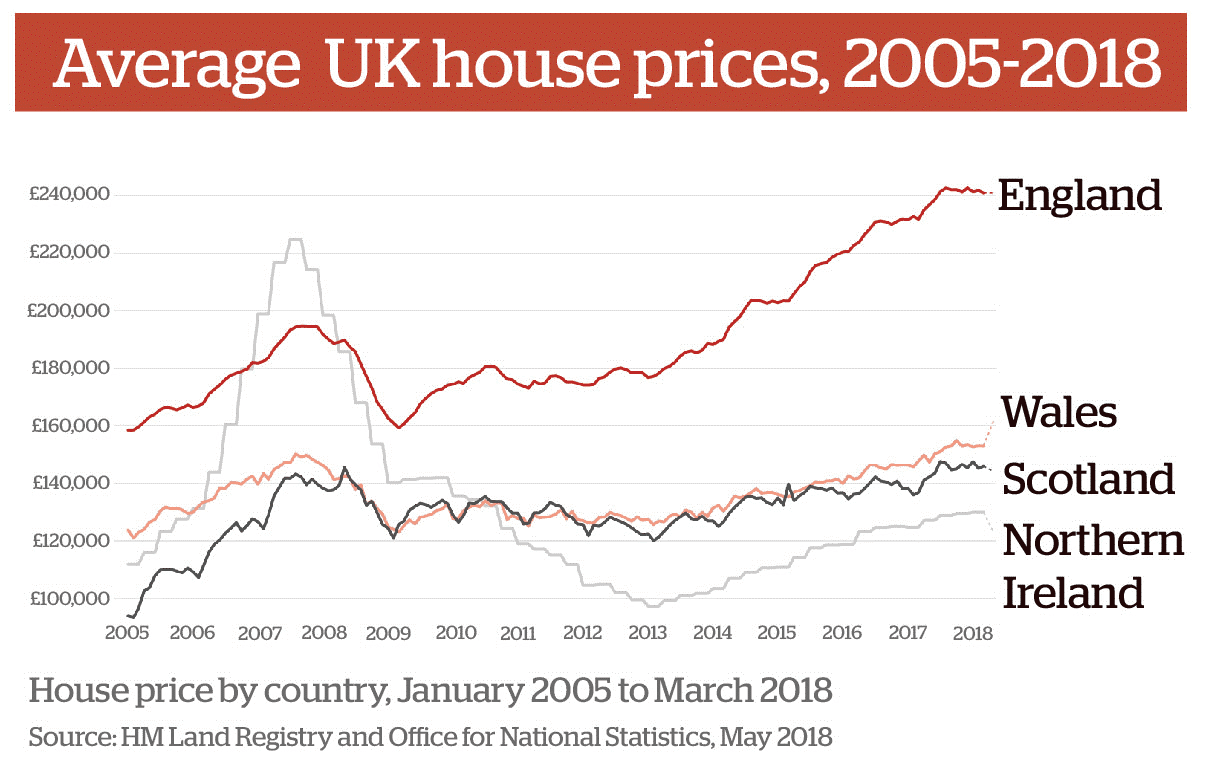 The latest house price index by Halifax show house prices grew 1.5 percent in May in contrast to a decline of 3.1 percent seen in April 2018.

Prices have fallen in the past months and this attracted new buyers.

Categorised in: All News