Rent affordability continues to decline in the major part of the country where the highest rate of unaffordability has been reported in North-East London that is the area Ilford, Dagenham, and Romford. In 2016, almost 30 percent of the homes with one-and two-bedroom houses were affordable but now the affordability has declined to less than 2%. London housing allowance is almost £50 a week less than the affordable rate, while, the number of people approaching for social housing help increased by almost 200% in Barking and Dagenham council.

According to the official data of 2018 released by the London Councils, not even one of the single rooms available for private rent in the large part of London, in the areas of Feltham and Hanworth was affordable for people relying on local UK housing allowance. Similarly, there were no rooms in the southern greater Manchester which included Stockport and Wythenshawe.

There has been a sharp fall in affordability as the rents continue to increase in the last three years, and this has resulted in homelessness and child neglect as the families are trying to fulfill the essentials like food and rents. LHA is dependent on 1.2m households for private renting but the number of homes has frozen since 2016 and it is expected to remain frozen till 2020 due to welfare cuts. Many face homelessness in UK due to sharp fall in affordability as the private rents continue to rise.

Experts believe the housing crisis is affecting the economy and damaging the people already struggling to maintain employment, while, living in temporary accommodation. A group of MPs attacked the government accusing of prolonging the crisis by restricting land sale to built affordable homes and social housing.

The TV presenter George Clarke said this is a crisis and he criticized the government for not constructing new homes.  Those who are living in private rented homes pay almost 40 percent of their earning towards rents and this will force them to spend up to 80% of the income on rents till their retirement assuming the rents are rising at the same rate as earning. Experts believe in conditions where 52% of the pensioners will be paying for private rents that are more than 40% of their earning on their rent, in the next 20 years, and this also indicates almost 630,000 millennials will not be able to earn to own a house.  This generation will remain homeless and will have no choice but to move to social housing or temporary rental accommodations offered by the state. The number of people living in private rented accommodations in age over 64% will be three times in the next three decades.

People living in unsuitable private rented homes will grow more than 4 times in the next 25 -30 years. Many are blaming the retired generation for owning large homes and creating restrictions for the baby boomers and the millennials. Experts believe there is a need to change the policies to handle such shortage.

Categorised in: All News 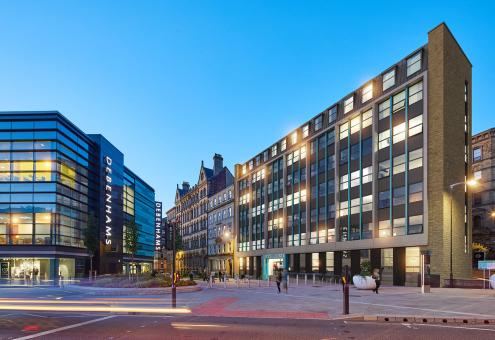 The Residence at Park House, Bradford